GHA make their long awaited return to competitive rugby on Friday night at Dumbreck in the 2021 Billy Barnes Cup against southside rivals Cartha Queens Park. With 531 days passing since their last outing against Selkirk last March, finally the clubs 425th competitive game is on the horizon.

GHA enter the contest looking for a 7th consecutive win against their bitter rivals, at a ground where they have not tasted defeat for 15 years. Jamie McCarthy will lead a 1st XV squad including 10 debutants.

The playing record between the two teams stands as such: 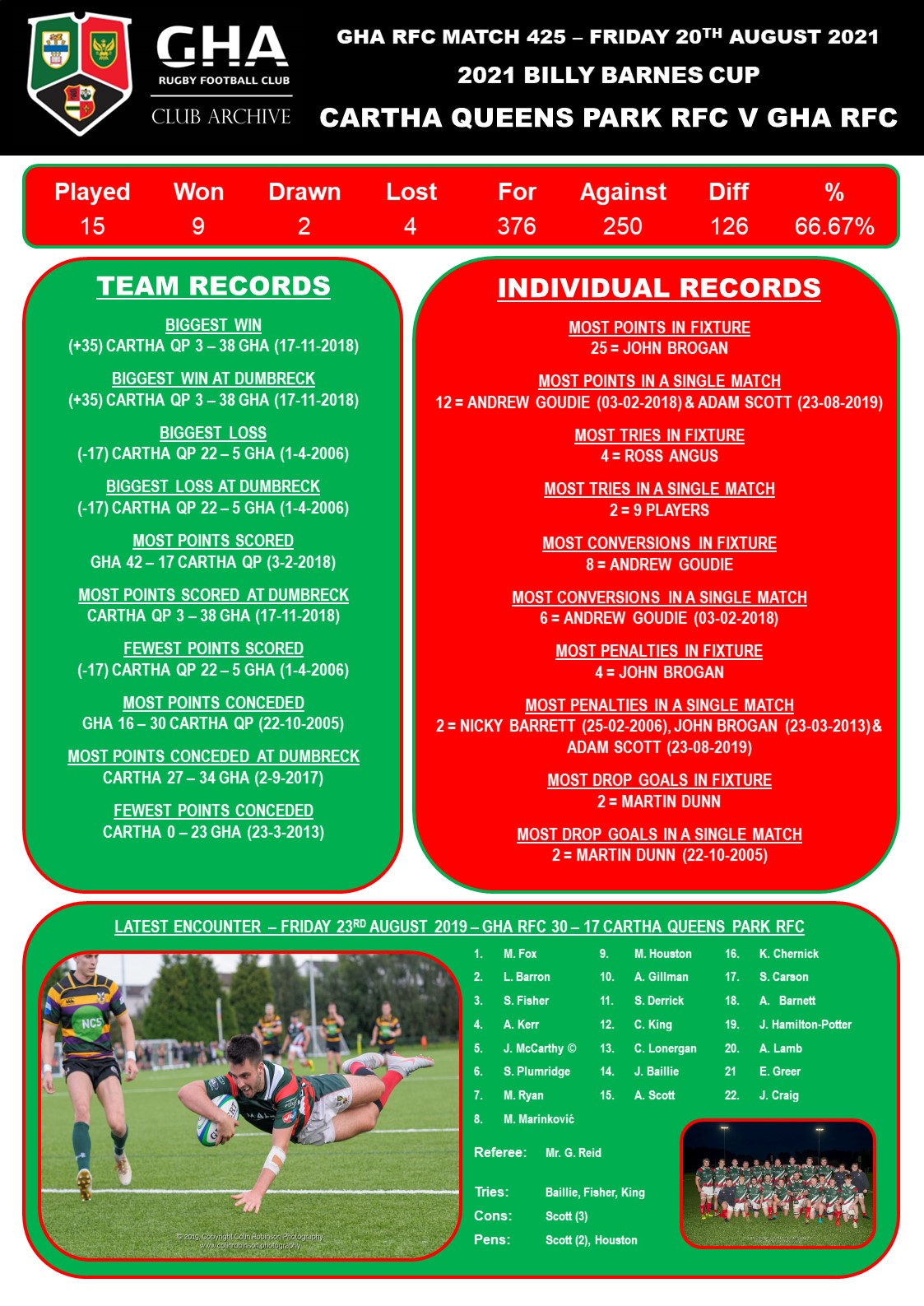 The game kicks off at 19:00 on Friday night.
GHA 2nd XV and Lions will face their Cartha counterparts at Dumbreck on Saturday with 2pm kick offs.
Ronnie D JamiesonPROVISIONAL 2021/22 FIXTURES RELEASED