GHA may still be in the midst of pre-season preparations for their first Premiership campaign in 11 years but Friday night will see the small matter of this seasons Billy Barnes Cup decided. Cartha Queens Park will travel to Braidholm looking to get the upper hand over their higher leagued opponents in this straight shoot out match, hoping to secure the cup for the first time. 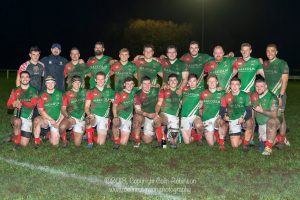 GHA retained the Billy Barnes Cup along with five league points under the Friday Night Lights at Dumbreck. After soaking up an immense amount of pressure in the first quarter of the match, six unanswered tries gave Southside bragging rights to GHA with a 67-22 aggregate win.

15 hours ago ℹ️A reminder to all club members that the GHA AGM will take place tonight at the club, 7pm. All relavent document… https://t.co/PCNL7eZ8Gy
1 day ago 🍻Giffnock Beer Festival 2022 - 27/08/22🍻 Give us a follow at @GiffBeerFest and at our event page… https://t.co/33iLgaZKWb
1 day ago RT @GiffBeerFest: 🍻WE’RE BACK! Giffnock Beer Festival will return to Braidholm on Sat 27th Aug '22. T𝗶𝗰𝗸𝗲𝘁 𝗶𝗻𝗳𝗼 𝘄𝗶𝗹𝗹 𝗯𝗲 𝗮𝘃𝗮𝗶𝗹𝗮𝗯𝗹𝗲 𝘀𝗼𝗼𝗻! Ge…

After a fantastic 21/22 season, GHA 2XV will now head along to Goldenacre to face @heriotsrugbyclub in the National Reserve League FINAL this Saturday!!

📸Photos from Friday nights fantastic home game against Currie Chieftains can be found via the link in the bio.