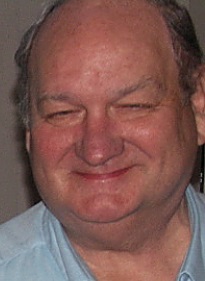 It is with great sadness that GHA report that Past President, Alex Millar, has passed away after a short illness. His passing on Saturday 13th January, was quite sudden but peaceful.
Alex first came to Hutchesons’ Aloysians around 1996, not long after the passing of his son Ross, and it was here that he became a true Club stalwart. He thoroughly enjoyed his years at Auldhouse and made himself even more at home when GHA was formed.

He carried out many a role at Braidholm and did so with great enthusiasm, which was typical of the man. He was rewarded in 2007 when he became President, a role which he excelled in for two years. He loved going round the country watching the boys play and got to make many friends in his travels.

He remained a passionate supporter of all the teams and was very much at home in the company of all the players and supporters in the bar afterwards.
Although, not as regular a visitor to the Club as he would have liked of late, he still maintained his passion for the Club and was always offering sound advice and pints to the players and committee whenever he was down.

Alex will always be remembered as being a great club servant as well as being a true gentleman. He will be sadly missed at the Club and our heartfelt thoughts go out to his daughter Laura at this time.

Funeral arrangements will be posted later once confirmed.

Full album now available via the link in our bio!

Next up, Sat 22nd January
1XV AWAY v @hawksglasgow

📸 A few from Saturday’s Tennent’s Premiership home game against @currie_chieftains, courtesy of Joyce & Colin from @colinrobinsonphotography !

Thanks to everyone who joined us for our final senior home games of 2021.
Next up: A double header for our 1XV & 2XV away to Marr, Saturday 11th December!💪🏼

What it means to get the win💪🏼🏉
.
📸A few from Saturday’s game against Musselburgh RFC in the Tennent’s Premiership, thanks to Colin & Joyce from @colinrobinsonphotography. An extra special home game at Braidholm after 2 weeks off for the 1XV.
.
Featuring our new @kitvendr 1XV kit from sponsors @themalcolmgroup , JWF, RBR Supplies & Eastwood Electrical.